Back to main site 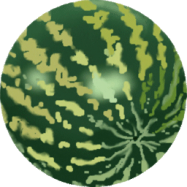 Something on the side

The word "tomato" may refer to the plant (Solanum lycopersicum) or the edible, typically red, fruit that it bears. Having originated in America, the tomato was spread around the world following the Spanish colonization of the Americas, and its many varieties are now widely grown, often in greenhouses in cooler climates.

This list of melons includes members of the plant family Cucurbitaceae with edible, fleshy fruit (e.g. gourds or cucurbits). The word "melon" can refer to either the plant or specifically to the fruit.

Bell pepper, also known as sweet pepper or a pepper (in the United Kingdom and Ireland) and capsicum (in India, Australia and New Zealand), is a cultivar group of the species Capsicum annuum.

The Sun is the star at the center of the Solar System. It is almost perfectly spherical and consists of hot plasma interwoven with magnetic fields. It has a diameter of about 1,392,684 km, about 109 times that of Earth, and its mass (about 2×1030 kilograms, 330,000 times that of Earth) accounts for about 99.86% of the total mass of the Solar System. 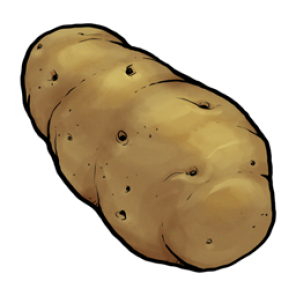 This is an example of a site design that covers a specific subject.

In this case it's Nutrition.

You will see different backgrounds per page, use of a custom font and use of transparency.

This entry shows that you can select a different image to be displayed on the front page.

The potato is a starchy, tuberous crop from the perennial Solanum tuberosum of the Solanaceae family (also known as the nightshades). The word may refer to the plant itself as well as the edible tuber. In the region of the Andes, there are some other closely related cultivated potato species. Potatoes were introduced outside the Andes region four centuries ago, and have become an integral part of much of the world's cuisine. It is the world's fourth-largest food crop, following rice, wheat and maize. Long-term storage of potatoes requires specialised care in cold warehouses.

Wild potato species occur throughout the Americas, from the United States to southern Chile. The potato was originally believed to have been domesticated independently in multiple locations, but later genetic testing of the wide variety of cultivars and wild species proved a single origin for potatoes in the area of present-day southern Peru and extreme northwestern Bolivia (from a species in the Solanum brevicaule complex), where they were domesticated 7,000–10,000 years ago. Following centuries of selective breeding, there are now over a thousand different types of potatoes. Of these subspecies, a variety that at one point grew in the Chiloé Archipelago (the potato's south-central Chilean sub-center of origin) left its germplasm on over 99% of the cultivated potatoes worldwide.

The annual diet of an average global citizen in the first decade of the 21st century included about 33 kg (73 lb) of potato. However, the local importance of potato is extremely variable and rapidly changing. It remains an essential crop in Europe (especially eastern and central Europe), where per capita production is still the highest in the world, but the most rapid expansion over the past few decades has occurred in southern and eastern Asia. China is now the world's largest potato-producing country, and nearly a third of the world's potatoes are harvested in China and India.

The English word potato comes from Spanish patata (the name used in Spain). The Spanish Royal Academy says the Spanish word is a compound of the Taino batata (sweet potato) and the Quechua papa (potato). The name potato originally referred to a type of sweet potato rather than the other way around, although there is actually no close relationship between the two plants. The English confused the two plants one for the other. In many of the chronicles detailing agriculture and plants, no distinction is made between the two. The 16th-century English herbalist John Gerard used the terms "bastard potatoes" and "Virginia potatoes" for this species, and referred to sweet potatoes as "common potatoes". Potatoes are occasionally referred to as "Irish potatoes" or "white potatoes" in the United States, to distinguish them from sweet potatoes.

Chemically, about three quarters of the Sun's mass consists of hydrogen, while the rest is mostly helium. The remainder (1.69%, which nonetheless equals 5,628 times the mass of Earth) consists of heavier elements, including oxygen, carbon, neon and iron, among others.

The Sun formed about 4.6 billion years ago from the gravitational collapse of a region within a large molecular cloud. Most of the matter gathered in the center, while the rest flattened into an orbiting disk that would become the Solar System. The central mass became increasingly hot and dense, eventually initiating thermonuclear fusion in its core. It is thought that almost all other stars form by this process. The Sun's stellar classification, based on spectral class, is a G-type main-sequence star (G2V), and is informally designated as a yellow dwarf, because its visible radiation is most intense in the yellow-green portion of the spectrum and although its color is white, from the surface of the Earth it may appear yellow because of atmospheric scattering of blue light. In the spectral class label, G2 indicates its surface temperature of approximately 5778 K (5505 °C), and V indicates that the Sun, like most stars, is a main-sequence star, and thus generates its energy by nuclear fusion of hydrogen nuclei into helium. In its core, the Sun fuses 620 million metric tons of hydrogen each second.